BJFEZ, where your potential becomes reality 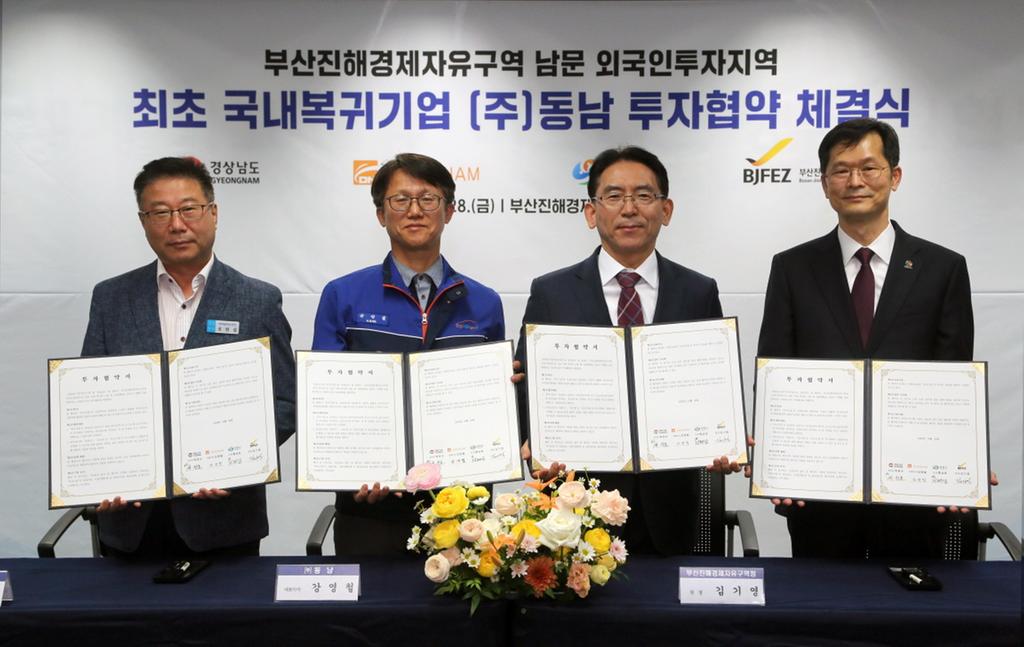 Established in 1965, Dongnam Co. is a representative medium-sized automotive parts materials company of the region with total sales of approximately 436 million USD (as of 2021). It has invested about 71.4 million USD in Beijing, China as the primary affiliate of Hyundai Motor Company. This company is one of the core subsidiaries of Dongnam Precision and has been developing and producing advanced automotive parts materials. It was selected as a company to foster eco-friendly future cars and to specialize in the parts materials equipment by the Ministry of Trade, Industry and Energy. Also, it has been providing electric automotive parts to Tesla by actively procuring measures reacting to the electrification of the cars.

BJFEZ Authority is the first case in Korea for a Korean U-turn company to move into the Foreign Investment Zone. The authority has promoted attracting U-turn companies with state-of-the-art technology in the parts & materials field, attracting domestic investment from Dongnam Co.

A person from Dongnam Co. said, “We are very glad that we could move into BJFEZ, which is much more beneficial for the company to be able to get various supports from the BJFEZ and the local government. We plan to contribute to creating new employment and revitalizing the local economy by establishing an advanced eco-friendly smart R&D Facility. We will try to create an R&D outpost to develop further in developing eco-friendly automotive parts materials technologies.”

Through this MOU, Gyeongnam Province and Changwon City will provide administrative and financial support to promote the businesses and BJFEZ Authority will provide administrative support. Also, Dongnam Co. will actively contribute to the development of the local economy and employment creation by diligently carrying out investment plans, and hiring local human resources.

“Attracting Dongnam’s investment was the first case that a U-turn company investing in BJFEZ. The authority will actively cooperate and support Dongnam to build and manage its facility. In the era of the 4th Industrial Revolution, we will try to consistently create an investment environment suitable to do business by reducing restrictions and expanding supports.”